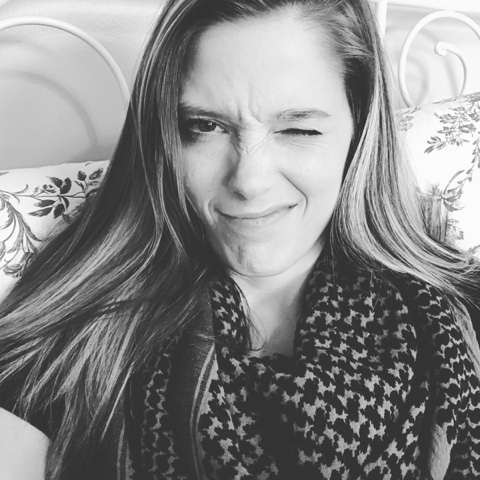 I had someone tell me a few weeks ago that I seemed (from the outside) like I have everything all together with my life. That I’m a strong person in light of my husband’s chosen career path, and the amount of time we have together (or lack thereof).

I received the information, processed it, and cracked up. “There’s no possible way she’s talking about me! She didn’t see the breakdown I had over the check engine light coming on in J’s car. Or the fact that I haven’t washed my hair in three days.” I seriously laughed out loud to Bravo.

If there’s one thing that I don’t feel like – it’s a strong person. Or a person who has any amount of her ducks in a row – I don’t even think I have all mine in the same pond at this point. J and I are working through some serious issues. (What married couple isn’t, or hasn’t?) But we’re getting kind of shaken to the core in some areas of our marriage. Then, we’re working around the ‘will he be in this country next year’ issue that so many military spouses get to battle around when planning anything – home, school, babies. Which is oh so fun to plan and arrange around.

And – what makes it even more fun: I have NO IDEA how to handle any of this. Like, no freaking clue.

If you’re a MilSO reading this, there has probably been a point in the last six months where you have said something like ‘I’m done’ or ‘I can’t do this anymore’ or, if you’re me, where you’ve refused to put real pants on (running leggings to the rescue), scooped your dog up into your bed (when your husband expressly told you to absolutely not to), and laid down in bed and cried for hours. And basically stayed there for a month, binge watching NCIS or The Good Wife. (Netflix and chill – only if ‘chill’ means bring a tub of ice cream into bed with you.)

The dog had to be rushed to the vet. The car’s check engine light came on. You and your husband fought during one of the handful of conversations you get. Everyone around you got pregnant, and you don’t even get the chance to try. Friends and family say hurtful things (or worse, don’t say anything at all). You get sick and have no one to take care of you. This probably all happens at once – or it feels like it – and you get to a very adamant and emotional ‘done’.

It’s hard enough. But then you take a moment and look at yourself in the mirror, And you feel worse. How come other wives don’t seem to only go out in yoga pants? How come other wives are able to get up out of bed in the morning without giving themselves a 20 minute peptalk? They don’t distract their husbands, and they certainly don’t feel like a big, fat, failure for pretty much the entire deployment. They’re not crying in grocery stores or gas stations, or on their couch by themselves, or subsist for 6 months on nothing but microwave macaroni and cheese, chicken nuggets and iced coffee – copious amounts of iced coffee.

So, you feel like a terrible wife. You’re supposed to be the ‘strong army wife’! “Ranger on!” “Continue Mission” “Other Hooah Phrases!”

Stop it. There’s no picture perfect strong military wife. Comparing yourself to someone, anyone, else is a surefire way to feel like you’re not getting anything done. Shocking, I know.

In the military spouse and significant other community, there seems to be this idea that military wives have to have everything together. Your husband’s dinner is already ready (no matter that he may not come home until after midnight), and his uniforms are perfectly pressed. His deployment goes smoothly, and when things fall apart, you just smile through the craziness and learn how to be a vet, a mechanic, a plumber, and an electrician all in one year. Or – you’re told you should just be constantly worrying about everything. Worry about your soldier in combat, or you’re not a good wife. Worry about how everyone will approach you during the stages of a deployment. Worry about your kids. Constantly.

Guys, neither one of those options is sustainable. And what’s absolutely ridiculous is that we KEEP buying into them, then (not surprisingly) we are not upholding the impossible standard we’re putting on ourselves. Cue the tears and “I’m a failures”. I know this is all across the board, but it seems to be particularly prevalent among the younger spouses, and those with no kids.

I wish I had something to give to y’all. Some kind of army wife decoder book, or a road map on how to handle things when you kinda sorta feel like your life is crashing in around you. I don’t have any of that. What I do have is a lot of knowledge about the army, so I’m rarely surprised. Very rarely. (Note that I didn’t say rarely upset. I said surprised.) And what I also have is an awesome tribe, who are forcing me into giving myself grace. Sometimes not so gently.

So that’s what I’ve got… A tribe of people who let me run to them and who immediately make me pick my battles with myself. Get those people and make sure you help each other. Make sure you have people around you who will not let you dig yourself into a hole you can’t get out of. If you don’t have those people – find them.

And second, you’re probably crushing it. Absolutely owning on whatever crisis happened while your soldier was gone, or whatever gross life stage you guys are working through. Yeah, you wore yoga pants every day for a week. But – you managed to keep your cool and learned to fix a broken washing machine. Or, you moved yourself into a new place while your husband was gone. And if all that fails when you look at that other wife who seems like she has it all together – remember, at some point she probably sat at home with that tub of ice cream and 3 seasons of Scandal in a weekend, too.